Skip to content
The term “Bushido” is generally associated with Samurai and how they do not fear death or kill themselves readily in the name of honour. Well, is that true?​ ​​​ 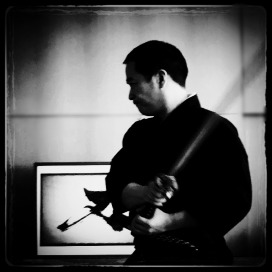 In many ways, yes, but only loosely. One cannot deny this image has to do with the samurai’s code of conduct, and much more from movies and semi-fictional stories. If you do travel back in time and meet the actual samurais four to five hundred years ago and ask them about “Bushido”, they would probably give you a blank stare and have no idea what you are talking about!
It is true, there is a certain code of conduct they abided to, but there was no actual “rule book” or textbook with a name “Bushido” written on the front cover. In fact, “the samurai way” was never a “way”! A Samurai was expected to be well educated in ways of combat as well as literary studies including that of Shintoism, Buddhism and Confucianism.
Although the term Bushido was first found in records from the early Edo period, however, it is more often referred to as Budo (武道) instead. It generally meant the martial arts associated with warfare or martial arts practised by none other than the samurais. The term Bushido was made popular by a book published in 1900 with the same name (written by Nitobe Inazou 新渡戸 稲造). This book was printed in English and was supposedly read by Roosevelt and JFK! In this book, he described eight virtues of the samurai which Japanese society admired: rectitude, courage, benevolence, politeness, sincerity, honour, loyalty and self-control.
The samurai in the past had very strict standards of behaviour, true. This is more from the social standard set forth for the samurai-class, passed on generation after generation. These codes of conduct are greatly influenced by the “Four Books”(四書) of Confucianism (儒教思想).  I will not (and am not qualified to) discuss the class system of Japan and that of the Samurai. I will, however, discussed the common  “misunderstanding” on what the “Samurai Way” should mean.
First and foremost, Samurais do not have some death wish and actively seek ways to “die with honour”! As a samurai is a servant to a master or lord, he is expected to dedicate all that he is to serve, even dying for the master. This is where Movie magic has greatly exaggerated. All samurai are expected to lay down his own life (plus his family’s) to serve his lord. He also understands that he is more useful being alive than dead, thus preservation of his own life not for himself, but to better serve his lord for a longer period (until a time he is no longer needed). A servant who dies in vain is not often seen as an honour by his master or peer, but rather a foolish act that will bring shame or dishonour instead. But when a servant’s death can better serve his master, that is to die with honour.
This concept is quite well illustrated in Hagakure (葉隠) by Yamamoto Tsunetomo (山本常朝) and Book of Five Rings (五輪の書) by Miyamoto Musashi (宮本武蔵). Although both books often (way too often) talks about how “one should die”, the underlying theme is slightly more complex. The better way to express the theme would be, in my opinion, “how to live life well, with courage and honour. To finally face death without the burden of cowardice, shame and regrets.” That, to me, is the way of a Samurai.
​